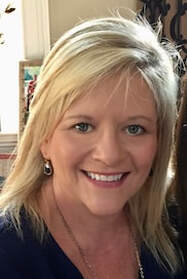 Growing up, Kim traveled most of the United States with her family which helped develop a strong sense of curiosity and a love of adventure.  As an adult, she wanted to expand her travels and see the world as well as give her daughter the gift of travel like her parents had given her. She has been to over 40 states and 30 countries, and doesn't plan on stopping until she has seen them all!  Kim feels that traveling not only introduces one to beautiful places and unique experiences, but it also exposes one to different people groups and cultures.  By doing so we become more tolerant; understanding the world and each other better.

Kim was born and raised in Louisiana and lived in several states across the South until moving to the Nashville area in 2002. After spending over 30 years as a college professor, she decided to transition to the travel industry after becoming an empty-nester. Kim is married and has one daughter. She especially loves the beaches of the Caribbean, snow skiing, architectural history, and LSU football. Her favorite places to travel are the Caribbean, central/southern Europe, and Africa.  Her bucket list includes the South Pacific and French Polynesia, the Maldives, Antarctica, and many others.
​
Please allow Kim to share her knowledge and love of travel to arrange your next vacation!